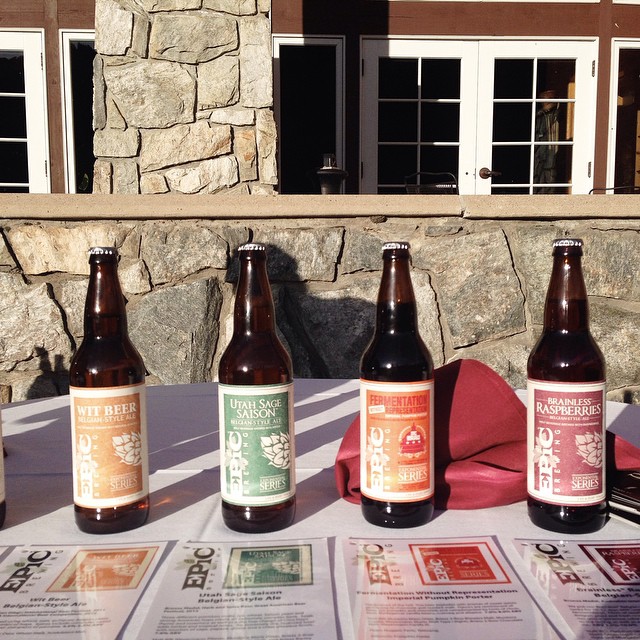 What makes for a top-notch dining experience? A six-course harvest dinner with Epic Brewing beer pairings combined with an outdoor mountain-side festival table is a good place to start. This past Labor Day weekend we treated ourselves to such with the Wasatch Mountain Table at Solitude Resort. While everything was excellent, aside from perhaps the portions, the highlight of the evening by far was the Epic Utah Sage Saison, Belgian-Style Ale, which if you ever get a chance, buy as much of as you can carry.

Labor Day has traditionally marked the beginning of the end of summer. With the leaves changing, don’t let this fading summer pass you by. Song credit: Magpie in the Morning by Neko Case

Cat Black, she is my honey
All she wants to do is spend my money
She’s a real gone chick and I love her so
Knocks me out when she does the rock ‘n’ roll

What I’m listening to on Rdio. 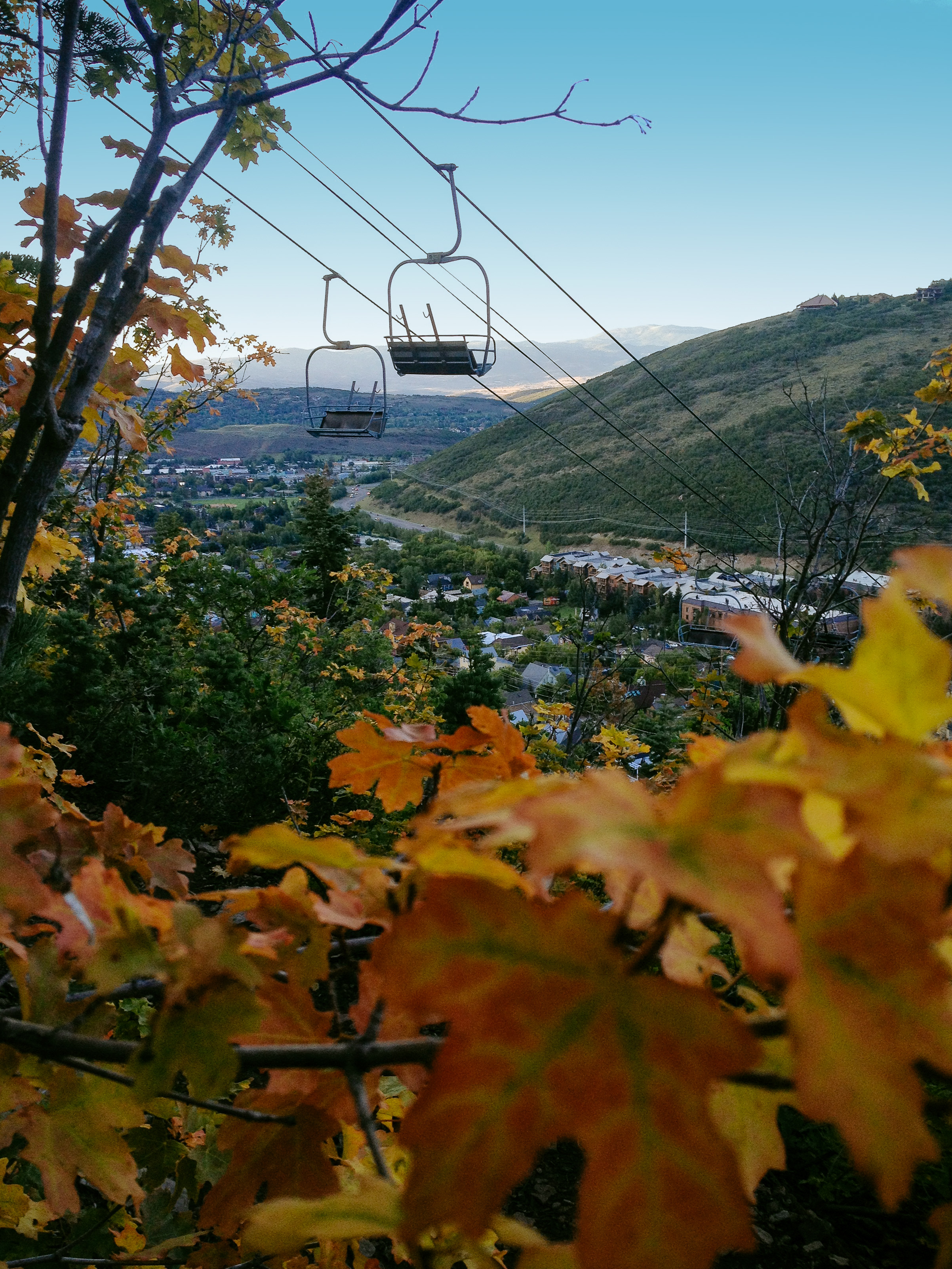 Originally recorded with Adams’ band, Whiskeytown and released on Strangers Almanac. I can always count on this song along with DBT’s Outfit to pop-up on my Rdio station. Really looking forward to Adams’ upcoming release.

Last night I had the opportunity to check out Park City’s hot new restaurant, Handle. Handle, named after head chef & partner Briar Handley formerly of Talisker On Main, is seeking to fill a void in Park City by providing quality food at a reasonable price point. The menu is comprised of several small plates a few larger dishes, as well as an array of craft cocktails.

The highlight of the evening by far for me was the fried chicken. I’m a sucker for fried chicken, good or bad, and I can say definitively that Handle’s fried chicken is the best in town. The cauliflower and artichoke dip plates stood out as well, and the Rattlesnake, Handle’s take on the bourbon sour, was excellent.

I could go on about Handle’s approach to local and seasonal ingredients, hand-crafted menu, or more empty cliché’s that all restaurants use, but I won’t. What I will say, is that after my first experience with Handle, it’s obvious the proprietor’s are passionate about the food & atmosphere they are creating and are committed to providing a much needed quality alternative to Park City’s tiresome restaurant options. They have a winning formula, that with a few adjustments, should bring them much success and hopefully inspire more good food on Main Street.

Handle Park City is open for dinner Wednesday – Sunday and is located on the corner of Heber Ave & Swede Alley in the Gateway Center (the old Jean Louis / Al Dente space).

You’re feeling things, that’s good… You’ve got to hang on to that. When you get old, your skin get’s tough.

Mason Sr to Mason Jr in the film Boyhood

We treated ourselves to a Monday night movie last night with Richard Linklater’s latest, Boyhood. Go see it if you get a chance, it’s well worth 10 bucks and three hours of your time. As always, Linklater nails the soundtrack, and one such gem from the movie is the Beatles Black Album; a mixtape Mason Sr’s character makes for Mason Jr that Linklater adopted for the movie from an occurrence in Ethan Hawke’s life.

Growing up in a liberal college town, I would frequently see bumper stickers that read, “If you aren’t outraged, you’re not paying attention.” At the time I regarded this as nothing more than activist rhetoric, however, the news of late has had me pretty bummed out. While there’s always unrest and injustice present in the world, something about this latest cycle has me left with little faith in humanity, especially considering what’s going on inside our own borders.

In the so-called “land of the free,” Americans are being shot and our liberties violated by those sworn to protect them. Elsewhere, children & civilians are being beheaded, crucified, and bombed over fairy tales and money. The lands, waters, and atmosphere we occupy are on the brink of disaster. Deadly viruses are claiming humanitarians and villages. It’s easy to feel overwhelmed and even easier to point fingers or place blame, yet resolve seems out-of-reach given the current climate.

World peace is an unlikely proposition. Justice will never be served for those who deserve it most. Yet being constantly outraged is not an option for living a happy, fulfilling life, and simply ducking the news and pleading ignorance is a cop-out. Such helplessness to incite change is a frustrating and empty feeling, but we simply can’t all cure Polio or travel abroad as humanitarians.

However we can make a difference in our communities and positively impact those around us. Stand-up for what you believe in and use your voice and abilities to make a difference on whatever scale you can. Be kind and help those who are in need. Pay attention, but know when to turn-off. When you have good fortune, share it with friends and those close to you.

And if all else fails, go ride your bike and give thanks, for we are truly blessed to live the lives we do. 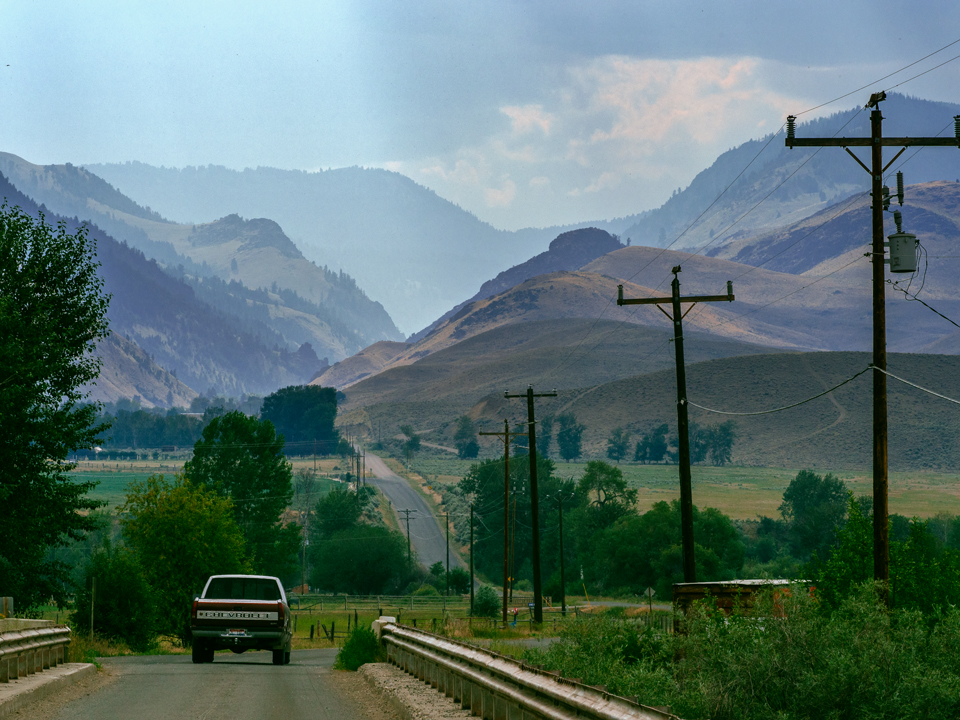 Took an adventure up north to Idaho a few weeks back. Activities included backpacking into serene mountain hot springs, backcountry mountain biking through the White Clouds, swimming in high alpine lakes, as well as eating awesome food and drinking good beer. Below are a few photos… for more images and full report, visit Prospecting Idaho.